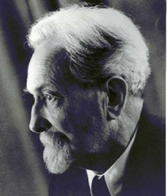 The Science behind Dark Field Microscopy and the Understanding of Pleomorphism

Dr Enderlein discovered that when the microfloras in the body are in harmony, there is corresponding health. In that state protits, which are seen as tiny motile particles in a darkfield, live symbiotically within the RBC’s, WBC’s, blood plasma and tissues.

Dr Enderlein was highly criticized by the Nazi party. His life was characterized by difficulties, personal sacrifices and persecution by the medical establishment.